The Halton Regional Police Service Pipes and Drums was formed in September 1987, resulting from a co-operative effort by members of the Halton community and members of the Halton Regional Police Service. Our primary function is to enhance the concept and spirit of community policing through the performance of Highland Bagpipe music at parades, charity and fundraising events, concerts, and a variety of police functions and ceremonies.

The Pipes & Drums represents the Chief of Police and the spirit of the Halton Regional Police Service, advancing the Service motto “Progress Through Participation”, and promotes the Service at community events both within and beyond the Region of Halton. The band is proud to wear the Chisholm clan tartan. The Chisholm family is recognized as the founding fathers of the Town of Oakville, one of the four municipalities within the region of Halton.

All members of the Pipes and Drums are volunteers and are either serving or retired police officers, civilian staff and members of the community. The Band today is under the direction of Pipe Major Michael Cuffe and Drum Major Special Constable John Guy, and appears by kind permission of Chief Stephen Tanner, Chief of the Halton Regional Police Service.

In October 2019, the Pipes & Drums were showcased as Guest Performers at the Hamburg Police Service " POLIZEI-SHOW " in Hamburg, Germany. It was comprised as a 'Big Show Spectacle' of Musical Artistry and Adventurous Entertainment with over 300 participants from Germany, Europe and overseas. 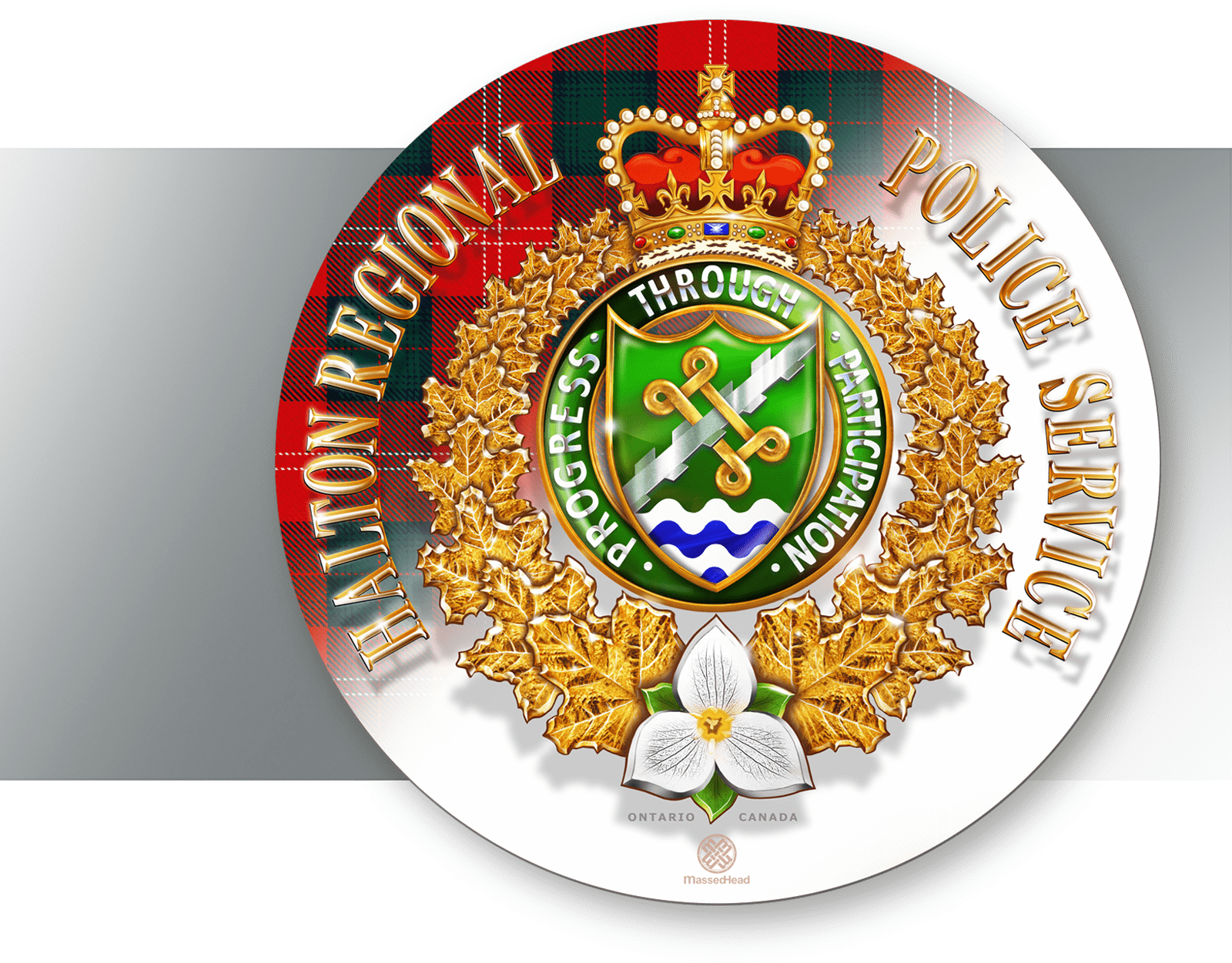 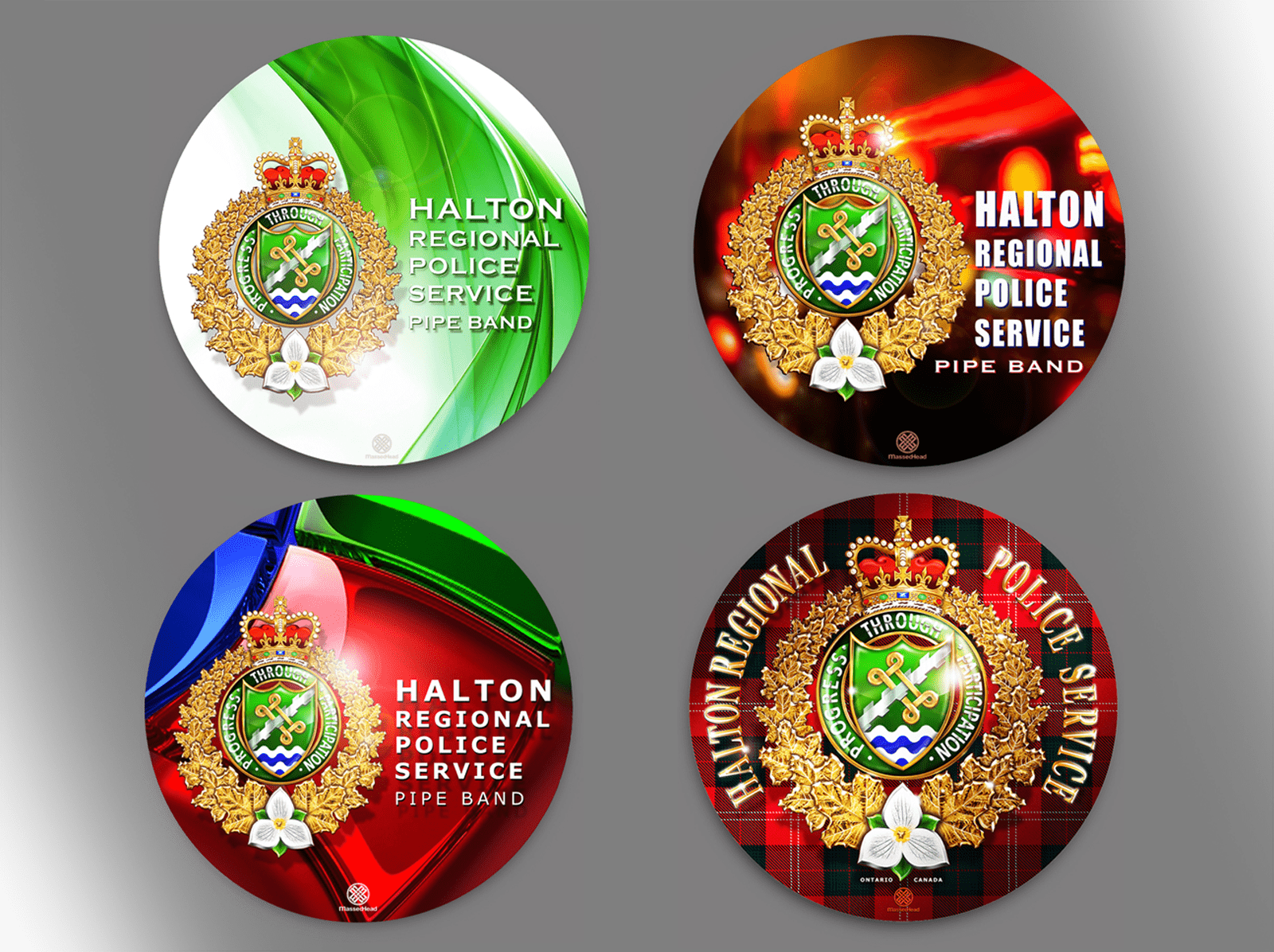 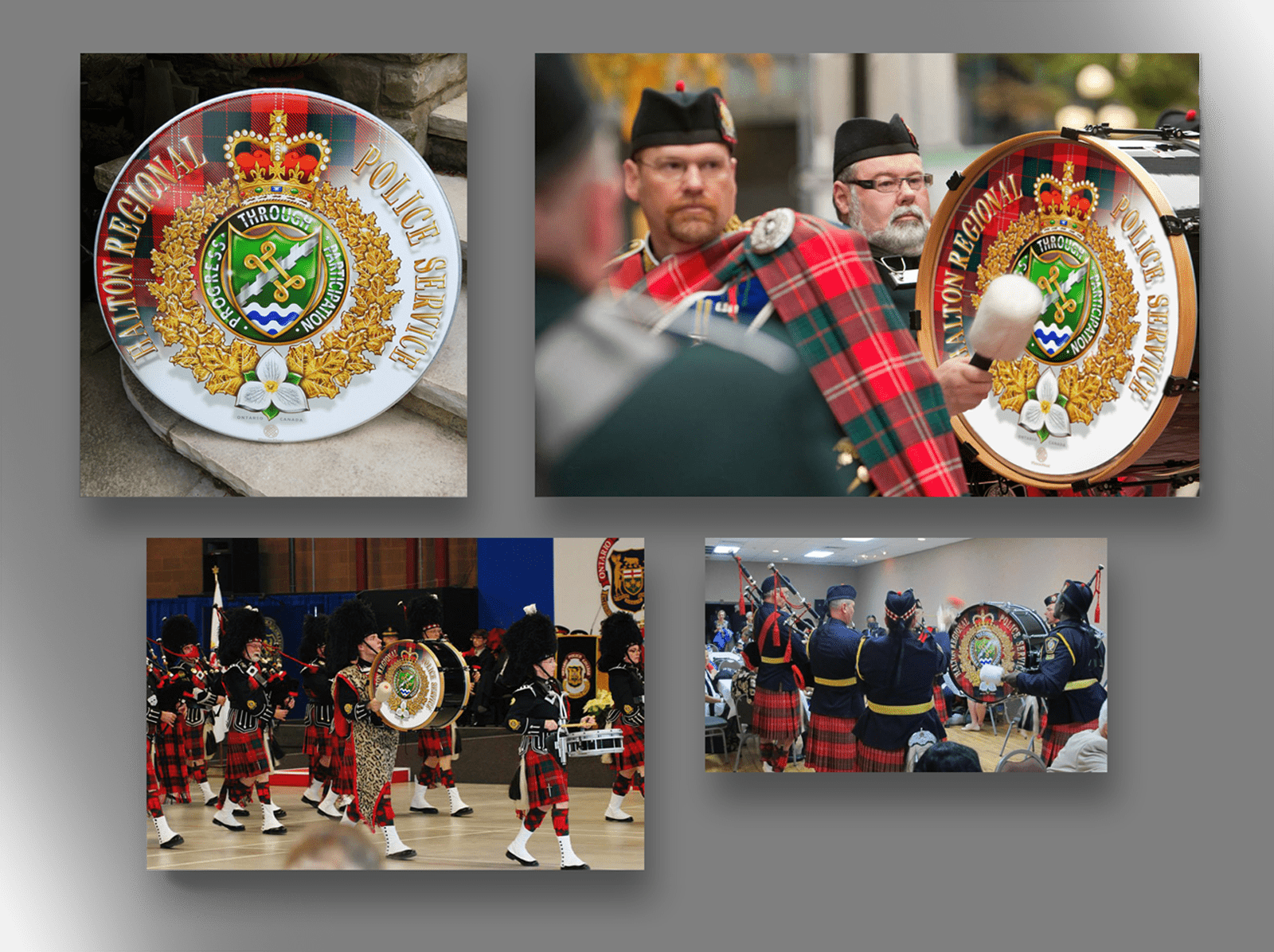