At the request of the Right Honourable Justin Trudeau, Prime Minister of Canada, Her Excellency the Right Honourable Julie Payette, Governor General of Canada, traveled to Italy to commemorate the 75th anniversary of the Italian Campaign. An official Canadian delegation consisting of members of the Canadian Forces Pipes & Drums traveled to Italy from 28 November to 6 December 2019. The delegation also included Veterans of the Italian Campaign, their caregivers, representatives from Veterans’ and Indigenous organizations, Canadian youth, and a Silver Cross Mother.

Canada’s participation in the Italian Campaign took place over a 20-month period during the Second World War. More than 93,000 Canadians played an important role during this bitter struggle, battling some of the German Army’s best troops. The Italian Campaign began on the island of Sicily in July, 1943, and moved north up the Italian mainland through to the end of the war in Europe in May 1945. Nearly 6,000 Canadians would die there.

The contingent visited and honoured fallen soldiers at the Agira Canadian War Cemetery, Pontecorvo Monument, a location near the most heavily defended line faced by the Allies during the Italian Campaign—The Adolf Hitler Line. They also attended services at the Price of Peace Monument, Ortona, and Ravenna War Cemetery, Italy.

The Royal Canadian Mint produced a Limited Edition 1 oz. Fine Silver Coin – celebrating the Anniversary of the End of the Italian Campaign with a mintage of 10,000 coins, depicting a Sherman tank flanked by Canadian soldiers venturing through a wore torn Italian village in World War II. 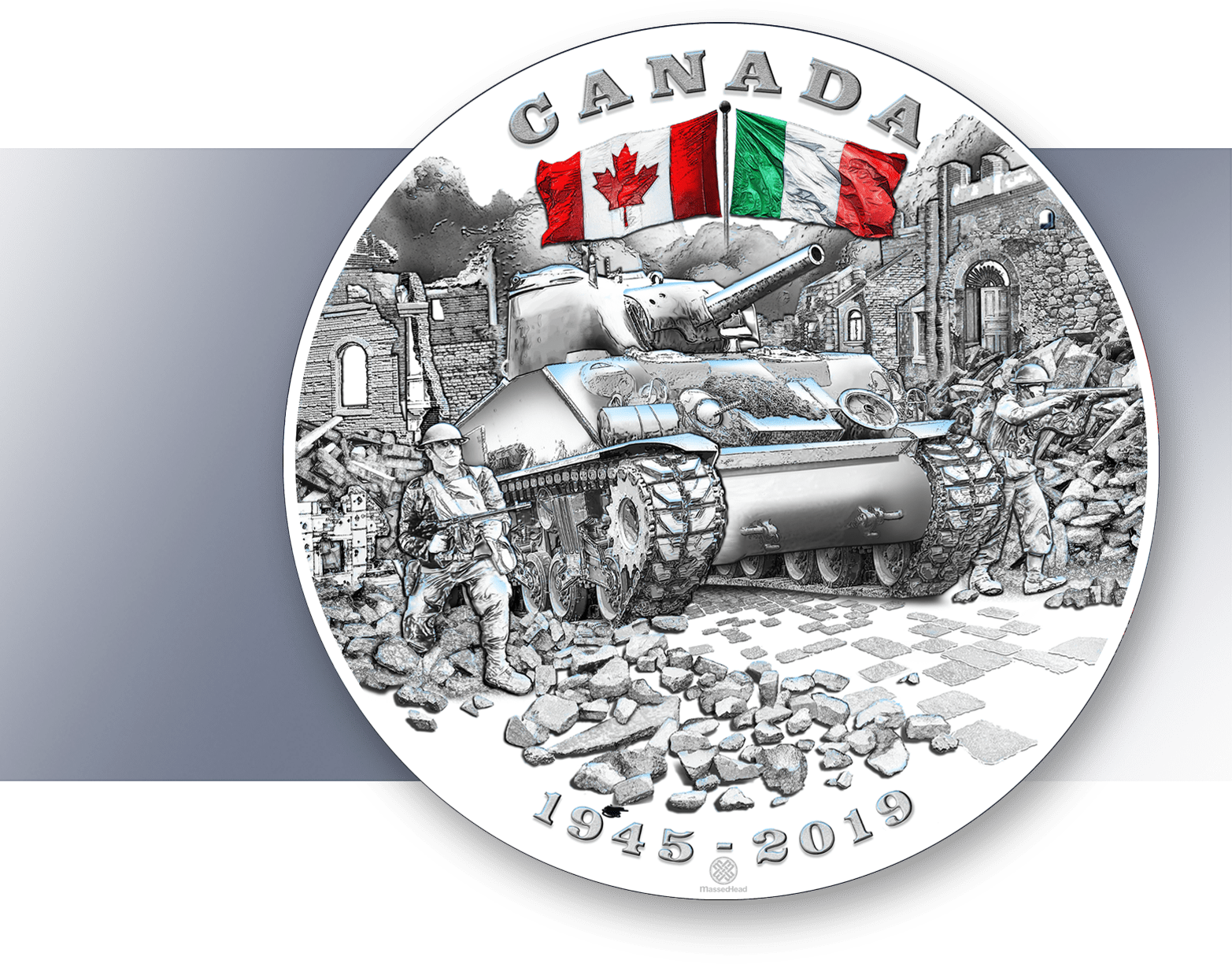 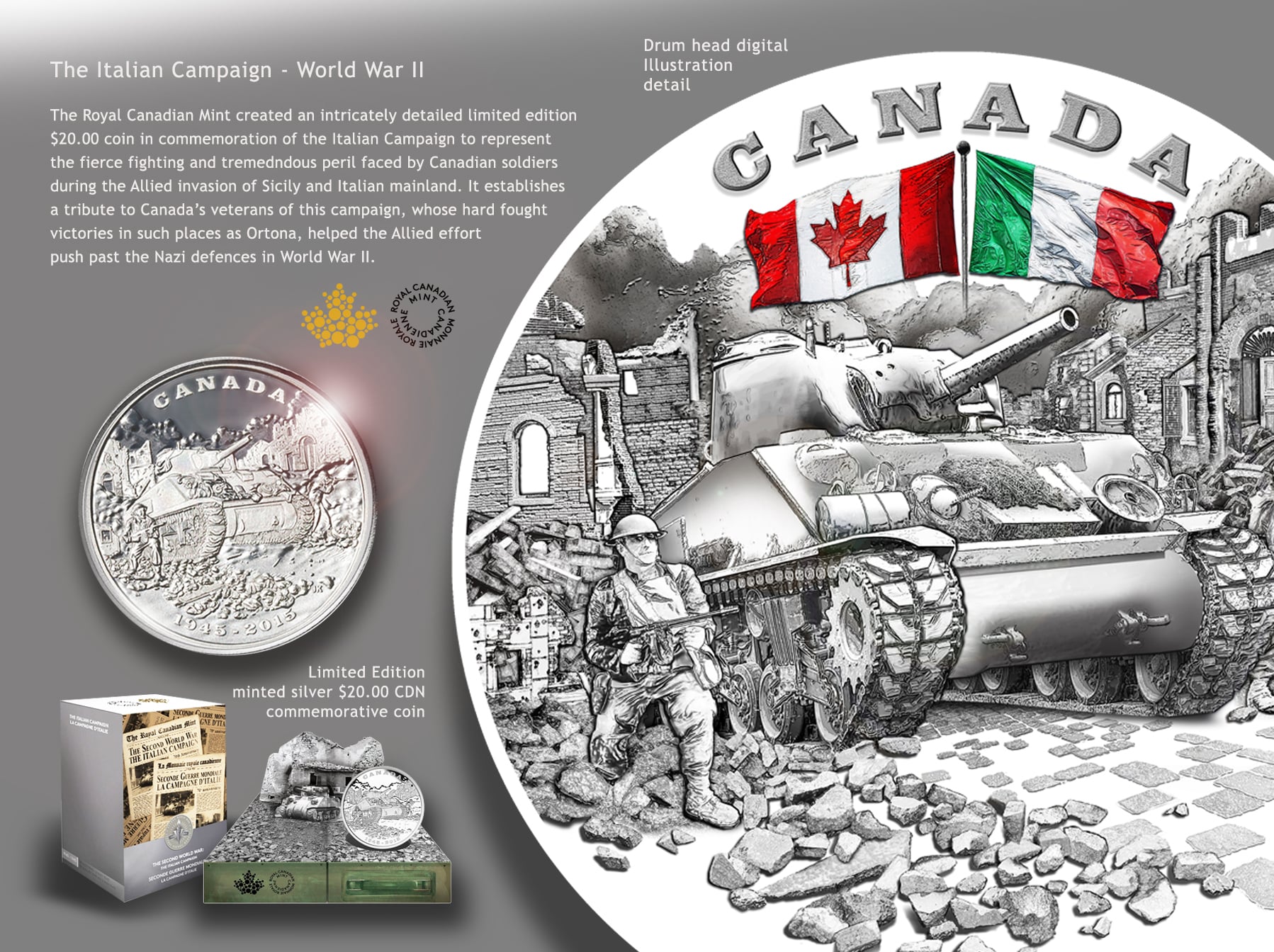 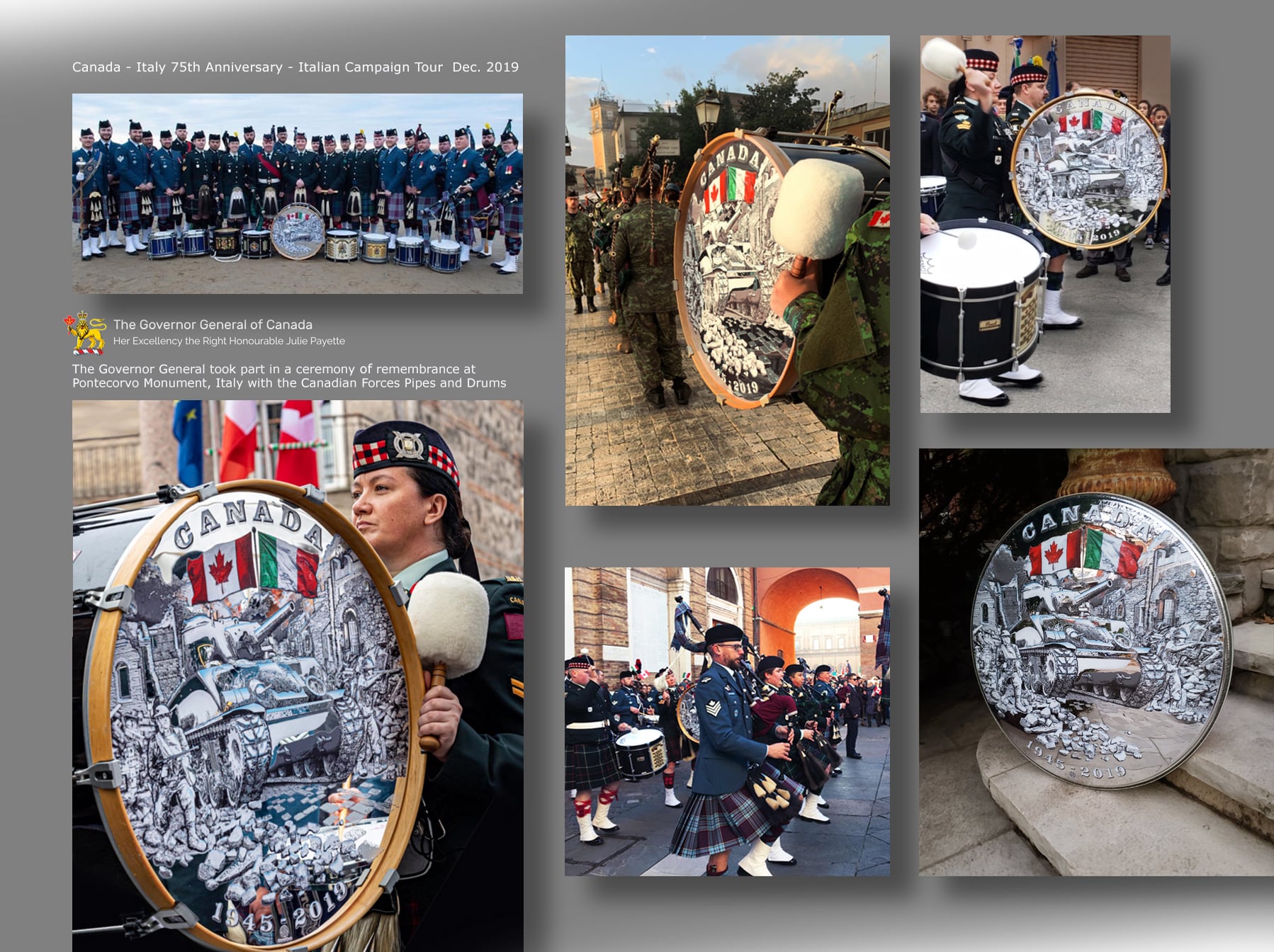